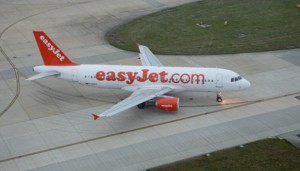 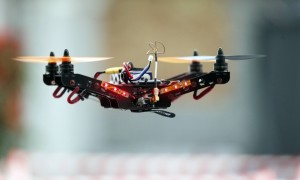 Easy Jet has plans to start using drones for faster safety inspections from 2016.

The budget airline hopes to lessen the time of flying is out of action with the new programme. This plan will be available in i2016.

Except for these new improvements, the airline has completed the test both on a new iPhone app and the Apple Watch.

Carolyn McCall, the chief executive of Easy Jet said, they have made great improvements dealing with drone technology which successfully tested automated drone inspections of aircraft. On the other hand, they have also approved to cooperated with Airbus for an inflight prognois tool. These technical support are in the hopes of avoiding delays due to technical issues.
Carolyn McCall pointed out the new application is to enhance the reliability of aircraft and gradually improve the passengers’ experience. They have been experimenting in digital improvements in which iPhone App, their bespoke Apple Watch APP and a new digital self-control tool that allow the passengers to book their accommodation and flights in event of flight disruption.

The Head of Engineering of EasyJet Ian Davies also stated that the application of these advanced technologies helps the engineering and digital team to challenge more skill tasks and to cut down the cost of operation which attributes to low fares, fewer delays. These improvements helps their company to maintain their industry leading punctuality for the passengers.

Safety is top priority issue to concern. Their new technologies will be used with the support of experienced records. The safety records will be tested by the engineering and flight crew. 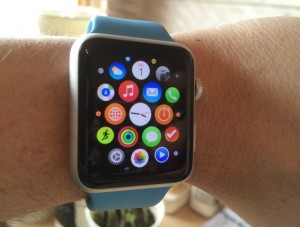 The first fine by using an Apple Watch while driving went to a man who is from Quebec, Canada. He is the first person encountered such kind of embarrassing experience.

His is name is called Jeffrey Macesin. He was fined with a $120 penalty and 4 scores on his license after the police detected he used the Watch device while driving.

According to Section 439.1 of the Quebec Highway Safety Code the Pincourt resident got fined as no one can use a handheld device, including a telephone function while driving a road vehicle.

Macesin was using the watch to change the music tracks on his iPhone when he pulled over which was against the ruling based on the Section 439.1.

Macesin told CTV Montreal that he had the Watch charged in the bad but the auxiliary cable was plugged in the radio which controls his phone to play music. So he changed songs with hands while driving on the road.

Macesin was going to a city called Vaudreuil when a police car coming after him and the police did not have the lights on. Then the police turned on the lights and Macasin wondered the police wanted him to pull over.

He continued, ” The watch is not so much handheld, it is on my wrist. This is a controversial problem. Isn’t it? I think this problem need to be discussed”.

It is illegal to use a smartwatch while driving on British Roads according to the Department of Transport’s regulations state that it is not permitted to view a screen when driving a motor vechicle. 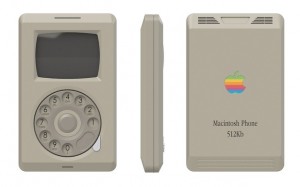 Apple has become to the world‘s most powerful tech company attributes to the great success of the iPhone. Maybe you ever image what iPhone could have looked like if iPhone was launched during the company’s early development.

The enterprising designer Pierre Cerveau has tried to answer this question by giving us the concept of‘Macintosh Phone‘, the concept was borrowed from a handset called the Macintosh 512k of 1984.

The handset includes a hybrid rotary or click wheel, the users can dial numbers or scroll through the menu on the small CRT display. It was close to the devices made during that time.

It referred to the age-old Macintosh as the phone has 512 of memory, but you may not be able to use much with the phone except making calls due to the lack of mobile internet and touchscreens in the old days.

The phone was also imitated to make a Mac in the rear of it, it was also made the fan vents for cooling, but there was only one port made due to limitation of technology.

Even the Macintosh Phone’s specs becomes useless today, but they could be the important details for us to sought after the items existed if Apple had launched it back in 1984.