In the beginning of this year, Mark Zuckerberg set his personal challenger for 2016 was to build a simple AI to run his home and help him with work. He told the audience during the interaction at Facebook Town Hall held in Rome that he would display the AI assistant system at home next month. 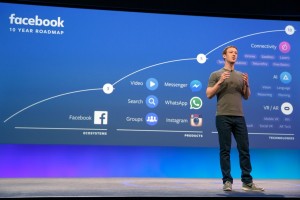 It is said that he can control the lights, gates, inner temperature and even oven with AI assistant. He has no need to use key to open doors as AI system is employed with face recognition, as well as voice control.

Let us learn more about the develoment of Facebook AI technology.

Facebook started arranging the AI technology when Yan LeCun joined the company in 2013. To invite LeCun to join Facebook, Zuckerberg built an AI Lab in Manhattan as LeCun was unwilling to leave New York.

In 2014, its DeepFace technology was highly affirmed in peer assessment report. The accurate rate for face recgonition was 97%.

In the beginning of 2015, Facebook acqured voice command startup Wit.AI and built a voice technology division. Shortly after the acquisition, Facebook Messenger users could transcribe voice messages to text messages.

In 2016, Facebook Asscessibility Team released artificial interlligence technology that describes the provided images with voice for the blind users and visual impaired users.

Zuckerberg displayed how to communicate with chat robots on Messager at F8 meeting. Users can hire a car, order a meal, receive weather forecast and read news on Messenger.

In addition to the development of AI technology, Zuckerberg focuses on VR business. Facebook has been launching VR apps since the acquisition of Oculus.

Zuckerberg once announced Facebook 10 -year roadmap, whose Connectivity, AI and AR/VR would be the major pillar industries.