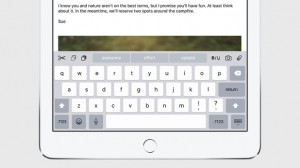 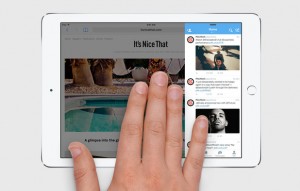 You can see the first look at its iOS 9 mobile operating system launched by Apple at the Worldwide Developers Conference.

The new version software is said to improve battery life, performance and security. It provides the users an intelligent experience.

The improvements include Siri with the virtual assistance set to become 40% more accurate and 40% quicker at responding to queries.

Siri will be able to respond to a broader ranger of requests, for example it will be capable of locating specific photos and videos.

The engineers adjust the assistant more closely with search, locating images either they are stored locally or on a social network. The engineers also unit the services such as Netflix for movie queries.

The iOS9 users can set an appointment into the calender app and they are informed by the device when they need to do according to the appointment.

iOS 9 will instruct the users which apps should open first in the morning according to their daily life schedule.

iOS lengthens its battery life by the iPhone’s runtime extending up to one hour of the general one. It is set by a “low power” mode which will extend the usage with three more hours.

The device demands only 1.3GB of storage space, it takes up less than iOS 8 did.

iPad users will find out its excellent benefits on iOS 9 for new shortcuts on the suggestions bar at the top of the Quick Type keyboard and fully-fledged multitasking.

The iPad Air 2 has the limitation of hald-and-half split view, it will work with the flagship tablet while picture-in-picture. The iPad Air, iPad mini 2 and iPad mini 3 also work in similar principles.

The iOS 9 will be on a public trial in July for the mobile operating system. The software will be able to use as a free upgrade in the autumn and it is compatible with iOS 8.